This image, taken by the Hubble Space Telescope, shows the colorful demise of a Sun-like star. The star is ending its life by casting off its outer layers of gas, which formed a cocoon around the star’s remaining core. Ultraviolet light from the dying star makes the material glow. The burned-out star, called a white dwarf, is the white dot in the center. It is one of the hottest known white dwarfs, with a surface temperature of nearly 200,000 degrees Celsius. The nebula is called NGC 2440 and lies about 4,000 light-years from Earth in the direction of the constellation Puppis. 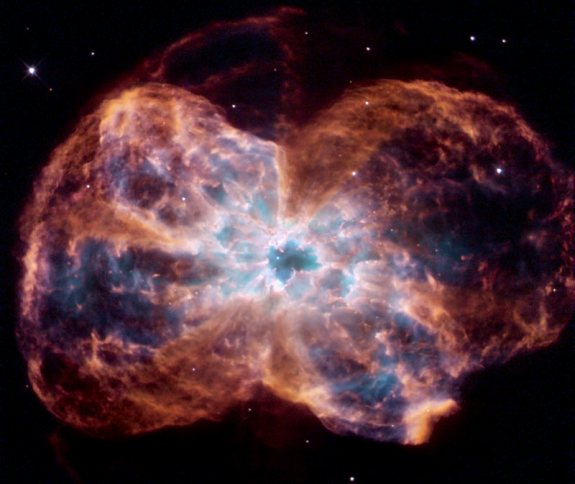 Monthly Stargazing Calendar for May 2012 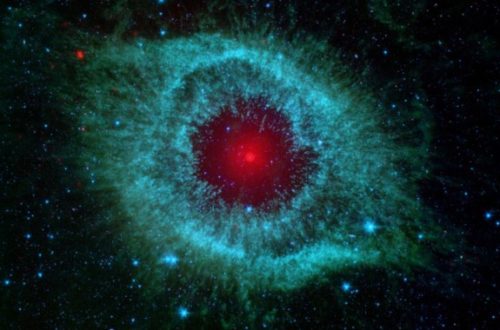