This month of December 2022, we will be visited by an interesting comet from the depths of the Oort cloud, we will be showered by up to 120 meteors per hour during the Geminid meteor shower peak, and we will be able to observe Mars and Mercury under great conditions. For these and many other astronomical events, keep reading below.

On the first day of December, the large asteroid 349 Dembowska will be at opposition. Look for the asteroid in the highest point in the sky at around midnight local time in the constellation of Taurus. It will pass within 1.772 AU of us, reaching a peak brightness of magnitude 9.7. Unfortunately that is not enough to be visible with the naked eye and you’ll need at least a 4 inch telescope. 349 Dembowska has an estimated diameter of around 140 km and an unusually high albedo of 0.384. It was discovered in 1892 by the French astronomer Auguste Charlois and named in honor of the Baron Hercules Dembowski, an Italian astronomer of Polish descent. It uses the female version of the last name of the Baron because of a convention at the time of giving exclusively female names to asteroids.

Then on December 2, the Pheonicid meteor shower will peak. Some meteors will also be visible between November 28 and December 9. They will appear to radiate from the constellation of Phoenix and are best seen in the Southern Hemisphere.

On the same day, the Moon and Mars will make a close approach. There will also be a conjunction and in some areas a lunar occultation of Mars. This means that in most of North America and Western Europe you will be able to see the Moon passing in front of Mars, thus hiding or occulting it. Outside of these areas it will simply be a regular conjunction. Look in the constellation of Taurus.

The next day on December 8, Mars will be at opposition. At around midnight local time, look in the highest point in the sky in the constellation of Taurus. Because Mars was recently at perigee on November 29, it is still near its closest to Earth making it larger than usual and thus a good time to observe the planet. With a good telescope you could see a lot of details on the Red Planet, such as in the photo below.

On December 9, the Monocerotid meteor shower will peak with an average of 2 meteors per hour under ideal conditions. Some meteors will also be visible between December 5 and December 20. They will appear to radiate from the constellation of Monoceros.

On December 12, the σ-Hydrid meteor shower will peak with 3 meteors per hour on average assuming ideal conditions. The Sigma Hydrids, a faint meteor shower, will be active throughout December 3 to December 15 and they will appear to radiate from the constellation of Hydra.

Then on December 12, the Geminid meteor shower will peak. It is one of the largest meteor showers and if conditions are optimal you should see up to 120 meteors on average per hour at peak. Some meteors should also be visible between December 4 and December 17. The Geminids will appear to radiate from the constellation of Gemini near the star Castor. They originate from the asteroid 3200 Phaethon.

On December 15, the comet 81P/Wild will be at perihelion. It will reach a distance of 1.60 AU in this closest approach to the Sun. Look in the constellation of Virgo. This comet, also known as Wild 2, was discovered on January 6, 1978 by Swiss astronomer Paul Wild. NASA’s Stardust spacecraft collected particle samples from the comet’s coma during its flyby on January 2, 2004. This comet had a distant orbit and orbital period of 43 years until September 1974 when it passed near Jupiter which perturbed its orbit bringing it into the inner Solar System. Its orbital period is now only about 6 years.

On December 19, the comet C/2017 K2 (PANSTARRS) will be at perihelion, which means closest approach to the Sun. It will come as close as 1.80 AU to the Sun and will have an estimated magnitude of around 8.0, so not visible to the naked eye. So why is this comet worth finding with a telescope? Because it’s a once in a lifetime opportunity. This recently discovered comet (May 2017) is an Oort cloud comet with an inbound hyperbolic orbit. According to JPL Horizons models, this comet took millions of years to come into the inner Solar System from the Oort cloud as far as 50,000 AU (0.8 ly) away.

Then on December 20, the December Leonis Minorid meteor shower will peak with an average of 5 meteors per hours if conditions are ideal. Some meteors will also be visible from December 5 to February 4 and they will appear to radiate from the constellation of Leo Minor.

On December 21, Mercury will be at greatest eastern elongation. Normally Mercury is very difficult to observe because it orbits closes the Sun and so it can only be seen shortly after sunset and before sunrise. Mercury will reach a maximum separation of just over 20° to the Sun’s east. This is why it’s the best time to view the planet since it will be at its highest point above the horizon. Look in the constellation of Sagittarius.

Later on December 22, the Ursid meteor shower will peak with 10 meteors per hour on average under the best conditions. Some meteors will also be visible between December 17 to December 26. They will appear to radiate from the constellation of Ursa Minor. The Ursids originate from the comet 8P/Tuttle.

Finally on December 29, there will be a conjunction of Venus and Mercury. The two planets will share the same right ascension, passing within 1°24′ of each other in the constellation of Sagittarius.

Mercury: The closest planet to the Sun can be seen at dawn and dusk travelling across the constellation of Ophiucus and then Sagittarius. This planet, being the closest to the Sun, will appear to move quickly in the night sky and its position will change in the following weeks.

Venus: The sister planet can be seen near Mercury travelling across the constellation of Ophiucus and then Sagittarius. Just like Mercury, Venus can only be seen at dawn and dusk.

And there you have it! Which of the astronomical events are you looking forward to the most? The Geminid meteor shower, the comets, Mars at opposition? Let us know in the comments below.

See Next: Stargazing Calendar for January 2023 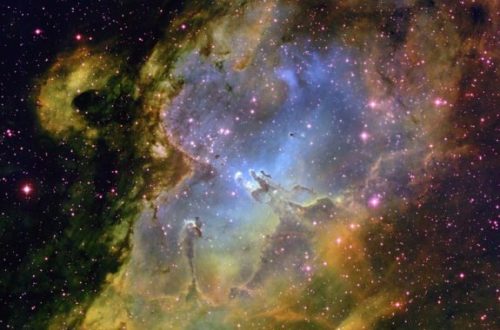 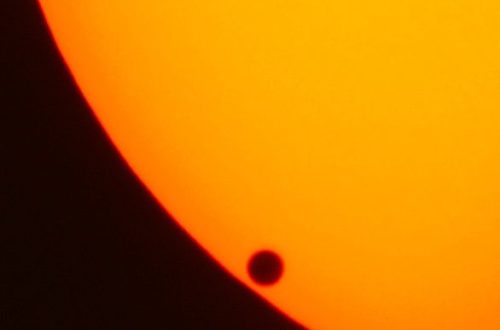 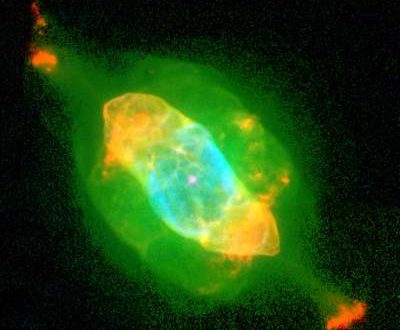