On April 18, Mercury will be at greatest eastern elongation of 19.9 degrees from the Sun. This is the best time to view Mercury since it will be at its highest point above the horizon in the evening sky. Look for the planet low in the western sky just after sunset. 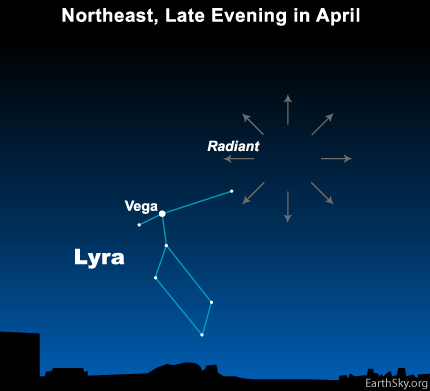 Later this months, on the night of April 22 and 23 the Lyrids meteor shower will peak. It is an average shower, usually producing about 20 meteors per hour at its peak, although some meteors may be seen any time from April 16 to 25. It originates from dust particles left behind by comet C/1861 G1 Thatcher, which was discovered in 1861. These meteors can sometimes produce bright dust trails that last for several seconds. Unfortunately this year the glare from the full moon will block out all but the brightest meteors. If you are patient however, you should still be able to catch a few good ones. Meteors will radiate from the constellation Lyra, but can appear anywhere in the sky. 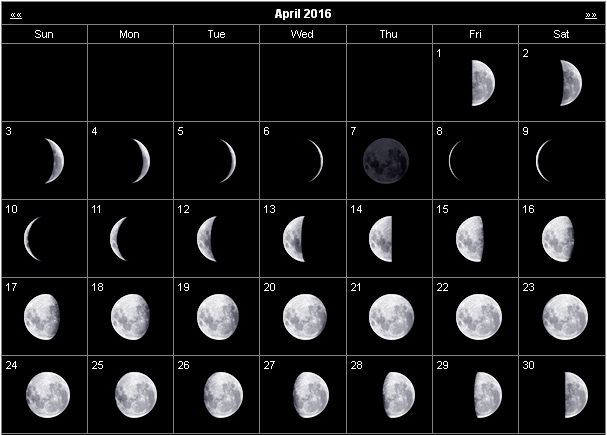 Mercury: The closest planet to the Sun can be seen at dawn and dusk travelling across the constellations of Pisces and Aries, not far from Venus and Uranus. This planet, being the closest to the Sun, will appear to move quickly in the night sky and its position will change in the following weeks.

Venus: The sister planet can be seen near Mercury travelling across the constellation of Pisces. Just like Mercury, Venus can only be seen at dawn and dusk.

Mars: The red planet can be seen between the constellations of Scorpius and Ophiuchus, not far from Saturn. 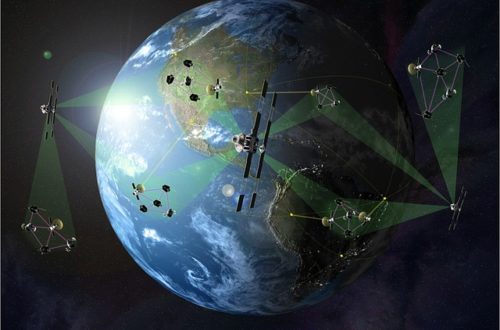 Why Are Satellites So Important? 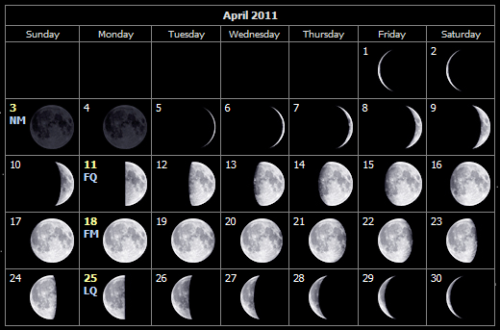