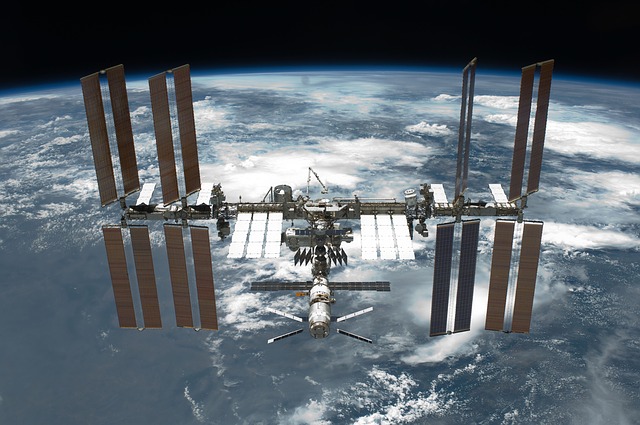 Humanity has watched the International Space Station orbit this little blue marble for the last 20 years, as of November 2020. This modern marvel has seen hundreds of astronauts and been home to thousands of scientific experiments. The ISS provides a unique laboratory that allows researchers to carry out their experiments in microgravity.

So how, exactly, is the ISS outfitted to support this scientific research? What sorts of experiments are astronauts and scientists conducting on the ISS?

Laboratories might be controlled environments on Earth, but even the most advanced lab on the planet doesn’t hold a candle to the International Space Station. How is the ISS kitted out to support scientific research?

The ISS comes equipped with supplies and technologies to support everything from biotechnology and technological developments to human research and earth and space sciences, and everything in between.

In the 20 years it’s been in orbit, astronauts have carried out or overseen more than 3,000 experiments on the ISS. From NASA in the United States and the Canadian and European space agencies to the Japan Aerospace Exploration Agency and even Roscosmos, just about everyone has carried out experiments there during its lifespan.

In 2005, Congress designated the ISS as a U.S. National Laboratory, meaning its features are available as a public service to researchers across the country. This lab has all the best modern research equipment.

According to Kate Rubins, a NASA astronaut, “It’s like taking an entire world-class university and shrinking it down to the size of a space station.”

It might not be the Heart of Gold from Douglas Adams’ “Hitchhiker’s Guide to the Galaxy,” able to shrink down and fit in a pocket, but scientists can get a lot of work done in such a small space.

The lab does have a few extra bells and whistles to make it easier and safer for researchers to work in space. Droplet-impingement evaporators, for example, use water and ammonia to remove heat from the space station, making it easier to regulate the internal temperature. This regulation is essential for some types of experiments, especially those that require stringent temperature control.

What sort of work have scientists done on the ISS over the last two decades in space?

Parkinson’s disease affects upwards of 10 million people worldwide. While there are treatments available to help mitigate the symptoms, it is a chronic condition. That’s where zero-gravity experiments come in.

Astronauts partnered with the Michael J. Fox Foundation to investigate a potential gene mutation that might provide scientists with more insight into how the LRRK2 protein works and responds to treatment.

To do that, though, they needed a larger crystalline structure to study. Allowing the crystals to grow in microgravity makes them grow larger. In turn, this makes it easier for researchers to study the protein and the effects of potential treatments.

If humans hope to become an interstellar species, we’re going to need to develop the ability to grow crops in space. Humankind cannot live on freeze-dried food and veggie paste alone, after all.

In 2016, researchers grew humanity’s first flower in space — a beautiful orange zinnia. While the experiment’s goal was to understand how plants grow in microgravity, seeing something as simple as a flower blooming in the darkness of space is a fantastic testament to what humanity is capable of as a species.

If the average person needs to throw something out, they toss it in the trash can and then take the trash out to the curb. Unfortunately for ISS astronauts, the closest trash company is hundreds of miles away. That means they have to get creative with recycling.

With this in mind, a company called Made In Space sent a 3D printer to the ISS. To reclaim some of the waste that otherwise must be sent back to Earth, NASA started experimenting with something called the Refabricator.

This device takes waste plastics and recycles them into usable filament for the 3D printer. Now the ISS astronauts can print nearly anything they need, and NASA doesn’t have to worry about sending up rolls of printer filament.

Flatworms are a unique species on Earth. They can regenerate from nearly any injury, up to and including regrowing their head if it gets removed.

In 2014, scientists cut the heads and tails off flatworms before sending them to the International Space Station. Once in microgravity, they could study how gravity, or the lack thereof, affects the flatworm’s tissue regeneration capabilities.

While humans are a bit more complex than your average flatworm, these zero-gravity experiments give scientists unique insight into the impact of microgravity on cellular regeneration, advancing the field of regenerative medicine here on Earth.

It’s romantic to think that humans are all just stardust. But in the case of planets, that romantic notion becomes fact. Here on Earth, with the planet’s gravity tugging on everything, it’s difficult to replicate the type of motion that might form a planet.

The Experimental Chondrule Formation on the ISS helps scientists picture what the planet might have looked like back when it was just a cloud of dust and gas. The experiments mimic the conditions that could support planetary formation — high and low gravity and the addition of electrical charges, just to name a few.

SpaceX made history on August 2, 2020, with the Crew Demo 2 test flight that marked the first astronaut launch from American soil since the Space Shuttle program. Two astronauts — Doug Hurley and Bob Behnken — along with a rather spectacular sequined dinosaur, made the trip to the ISS.

The second crewed flight is scheduled for November 14, 2020. The four-person crew is taking quite a few experiments up to the space station with them to add to the growing body of ISS research. They’ve got everything from radishes to grow in space to a student-designed experiment intended to keep astronauts’ brains functioning better in low gravity and high-G situations.

Looking Into the Future

The ISS is 20 years old now and may be entering the end of its life. Still, the space station has been incredibly valuable as a site for controlled experiments in space over the years. Astronauts will likely always have some sort of platform in orbit to give us a birds-eye view of the world.

With everything we’ve discovered on the ISS, space enthusiasts can’t wait to see what sort of scientific breakthroughs researchers will achieve once astronauts make it back to our moon and beyond later this decade.