This series of images of the rings of Uranus were taken by NASA’s Hubble Space Telescope. They were taken at different times when the rings were facing the Earth at slightly different angles. 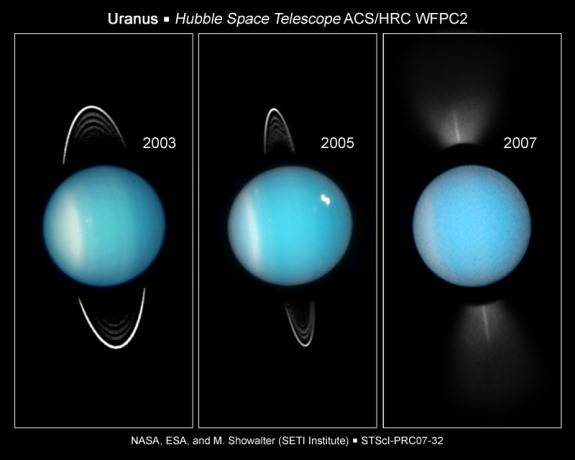 In the third image, the edge-on rings appear as two spikes above and below the planet. At that time the rings appeared so thin and dim that the glare of the planet would prevent them from being seen at all. Therefore Hubble blocked out the glare of Uranus and took a picture of the rings alone and then the picture has been photo-composited with another picture of the planet alone. Together in a merged image we can see both the planet and it’s thin rings with a small amount of residual glare appearing as a fan-shaped image artifact.

The rings’ edge can only be seen from Earth every 42 years as the planet follows a 84-year orbit around the Sun. However, the last time the rings were tilted edge-on to Earth astronomers didn’t even know they existed, so this is the first time for a Uranus ring crossing to be observed from Earth. The rings were discovered in 1977 from the way they temporarily blocked the light of stars passing behind the planet.

With further analysis of the Hubble data, astronomer Mark Showalter of the SETI Institute hopes to detect some of the small moons that may shepherd the debris into distinct rings. 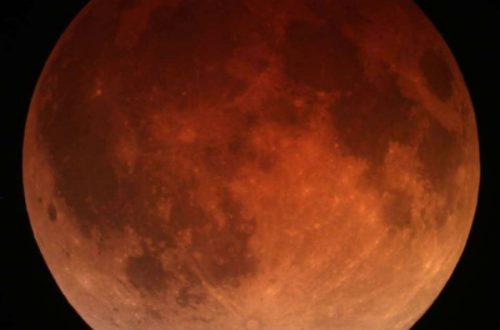 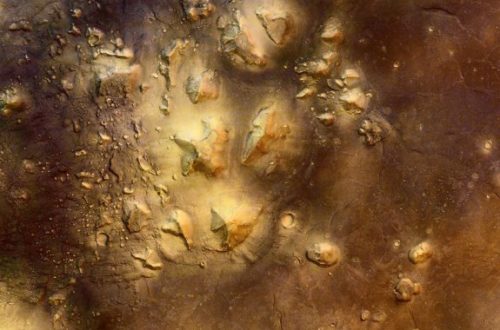 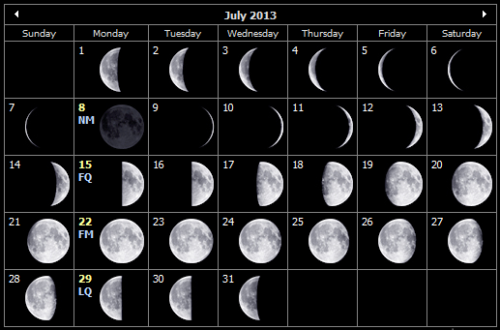